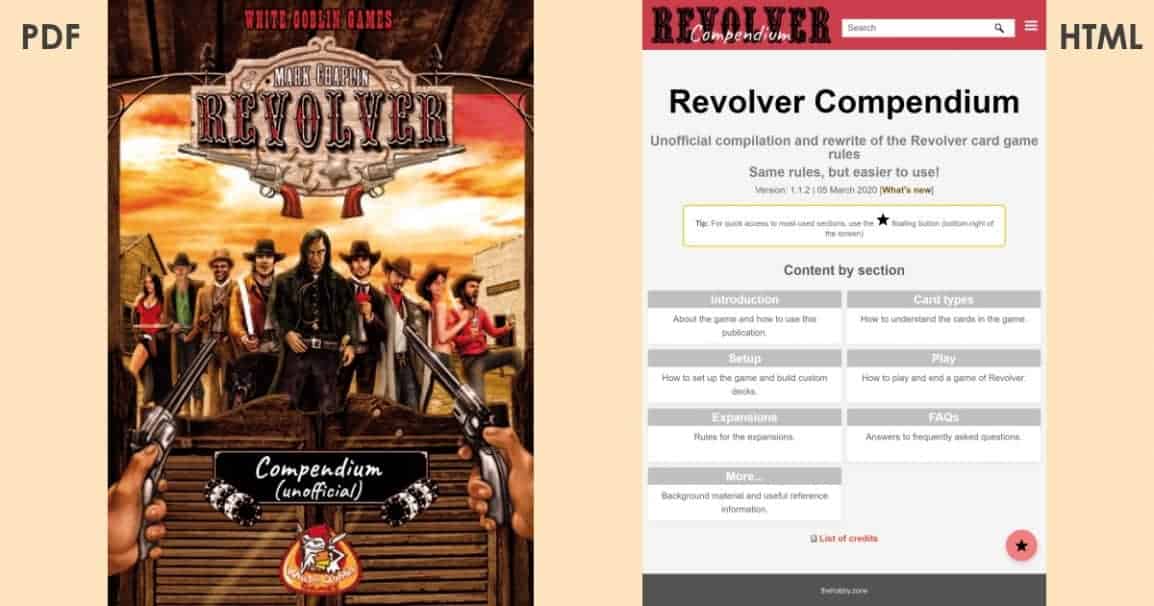 A hobby project, in which I reworked and unified rules publications for a Wild West themed card game. In responsive Web, app and PDF formats. Published with kind permission of White Goblin Games.

Formats of this publication